Field work season is heating up, figuratively and literally.  Before I start another series of posts on updates from the water, here’s a quick recap with accompanying photos of a little project I’ve been involved with for the past couple months (and/or year).  Readers who’ve been around for a while may recall that last year I spent a couple weeks at the Carteret Community College aquaculture facility with some captive spiny dogfish with the goal of figuring out just how fast they can digest their food.  A solid explanation for why I would do this can be found here.  After working up the analysis from the previous year, my advisor and I decided to do a second round of captive feeding trials to gather more data, especially in the longer trials, and hopefully get a better-fitting set of models.  And of course I quickly got attached to my study subjects.  Below the jump are more photographic attempts to show how charismatic spiny dogfish can be. 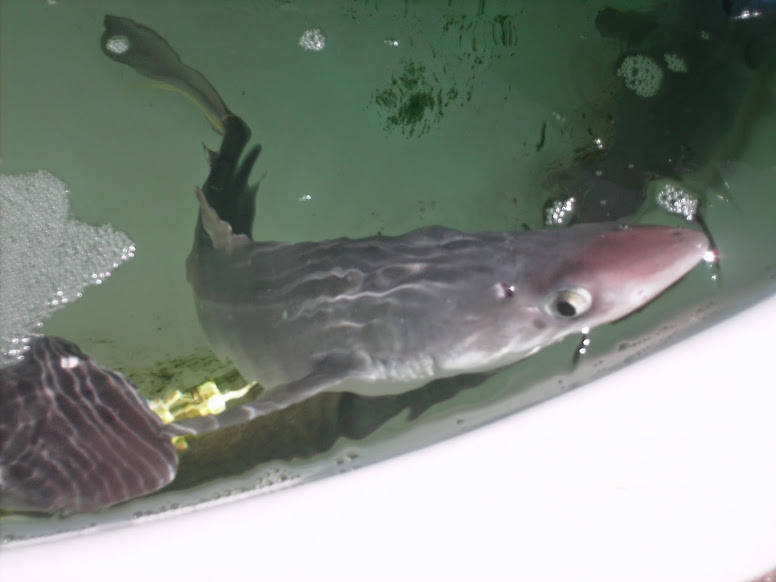 Spiny dogfish are definitely among the most fearlessly curious animals I’ve ever worked with. Don’t worry, between me and the CCC students they all got names. 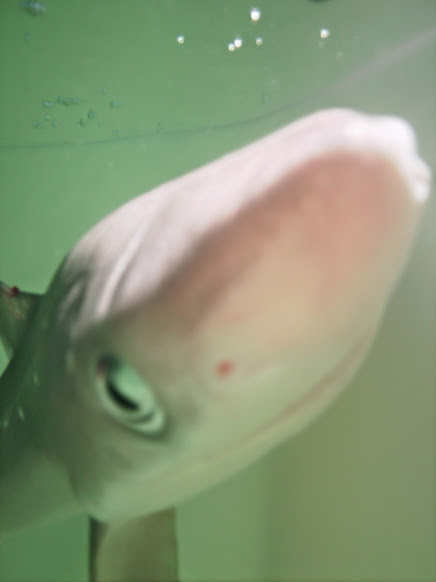 Spike (named for her missing first dorsal spine, which can be seen in this picture) was the champion of this year’s feeding trials. She was so willing to contribute to science that she participated in four (!) feeding trials. 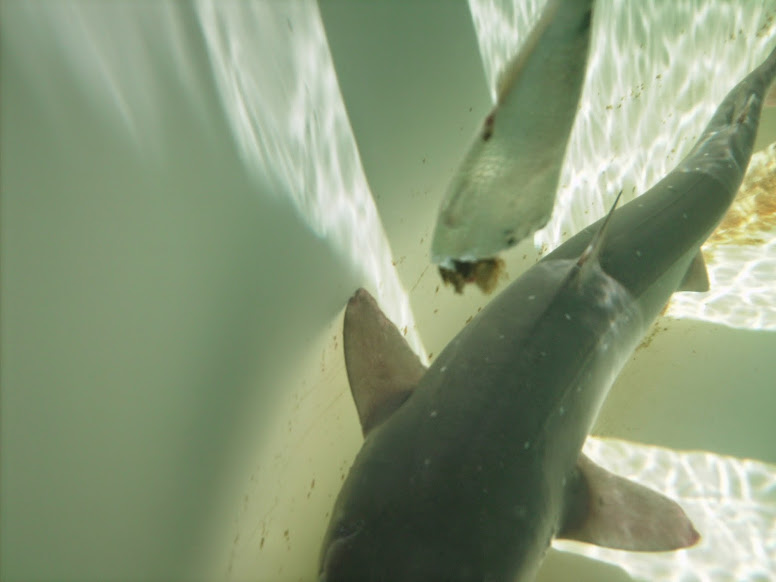 Most of the feeding trials went exactly like this, with the sharks showing utter disdain for my offers of food. A cold snap halfway through the project period, which effectively shut down the sharks’ appetites, didn’t help. 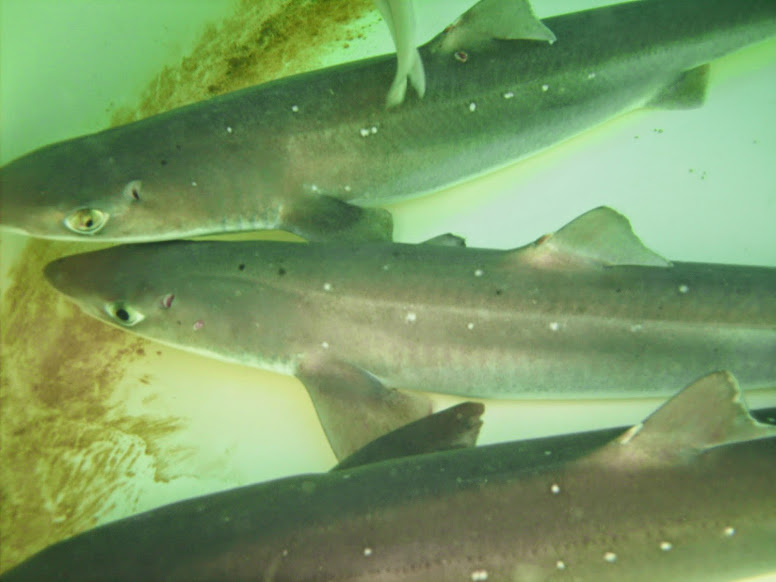 More of the dogfish rogue’s gallery. From top to bottom: Trigger (you can see a wound at the base of her dorsal fin from where she was actually able to throw off a dart tag), Spot (covered in dark spots), and Jaws (named for her tendency to stick her head out of the water). 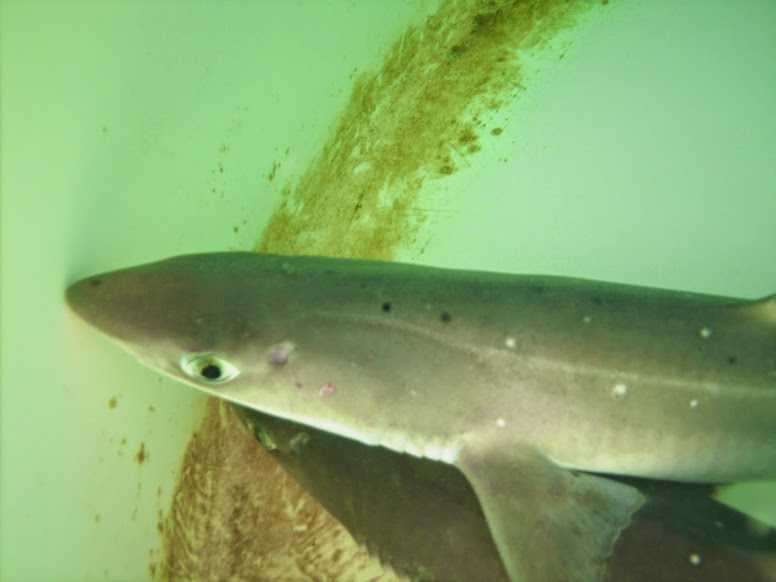 Many thanks to NC Sea Grant, who were kind enough to help support another couple weeks of feeding dogfish.