Earlier I posted on a population of spiny dogfish that seem to be hanging out south of Cape Hatteras long after they are supposed to have migrated north.  As of this past weekend stories of spiny dogfish stealing bait and chasing fish continued from the waters between Morehead City and Cape Lookout.  On Monday a team comprised of Dr. Rulifson, Jen, Dan Z, and myself set out to the shallow, sandy waters on the inside of the Cape Lookout hook in search of these hungry stragglers.  Read on to see how the mission went…

We couldn’t have asked for a better day to fish: the water was as calm as you could ask for considering the area’s hazardous history.  After casting around in the sandy bottom (during which Dr. Rulifson got himself a nice fluke) and going into the water to check out a patch of eelgrass we found our first sharky spot.  The first bite there was an unconfirmed spiny dogfish that got off the hook before it could be landed, then we got into the smooth dogs.

I’m a big fan of smooth dogfish, and consider them to actually be a pretty fun catch.  I honestly think these aggressive little Triakids are highly underrated as a recreational sport fish.  I could play with the smoothhounds all day, but we were here to verify and document these holdover spinies.  So on we went.

Despite sightings of a couple possible spiny dogfish, we had yet to actually snag any.  That changed when we went out into the channel leading out of the hook.  First got into another few smooth dogfish, then the first Squalus acanthias appeared.  Soon smooth and spiny dogfish were in fierce competition for our bait.  The smooths were a mixed group of males and females of approximately the same size, while all the spiny dogs were females between 70-100 cm.  The rising temperatures seemed to be having no ill effect on the sharks’ health: if anything the dogfish seemed more active than usual.  A couple were kept to determine if anything unusual is going on internally, the rest were released to continue providing a mystery for local fishermen and scientists.

So in conclusion, the spiny dogfish that seem to be summering south of Hatteras are definitely there.  It will be interesting to see how they adapt as the temperature continues to rise.  Are summer spinies a regular occurrence?  As always, comments from those more experienced in these waters than I are welcome.

For your viewing pleasure, here are a some choice photos from the trip. 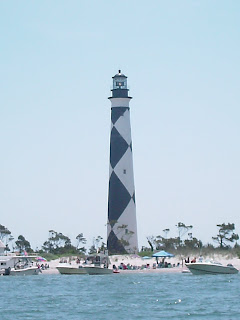 Cape Lookout Light.  Our backdrop for most of the day. 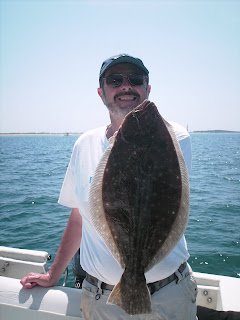 Not a dogfish, but still a pretty good catch. 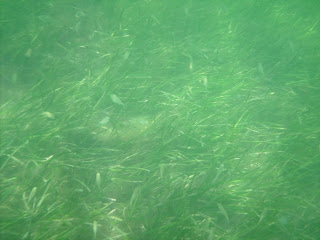 Juvenile pinfish and croaker in the seagrass bed. 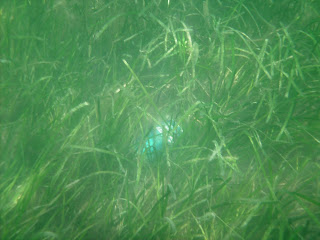 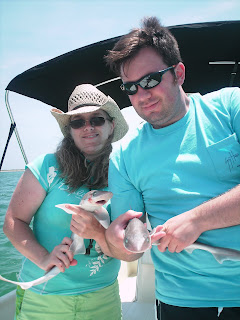 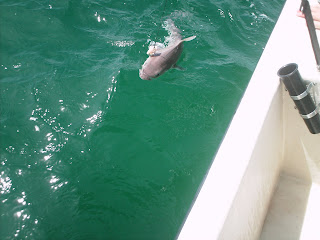 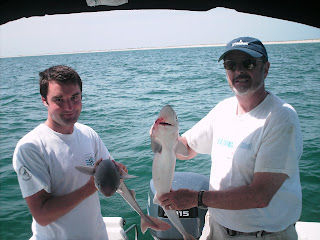 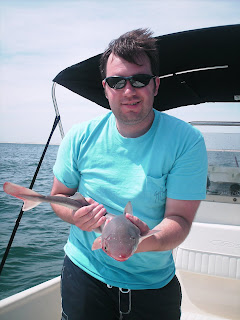