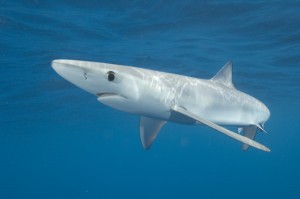 One of my favorite species, its name horribly mangled for the purpose of a link pun. Photo by Andy Murch (elasmodiver.com).

Because sometimes it’s more efficient to post up a bunch of links than write a full post.

Chronicles of Zostera has officially been assimilated into the Southern Fried Science Network.  John’s been pumping out quality posts on scallops, seagrass, and marine ecology for some time, so go check his stuff out.

Speaking of quality blog posts, by following one of my trackbacks I learned that my post on the pseudoscience of shark/dolphin interactions has been nominated to be included in Open Laboratory 2010, a published collection of good science posts from around the internet.  Make sure to check out all the other awesome posts contained therein, and feel free to nominate anything else I or any other quality science bloggers have written before December 1st (I’m too modest to nominate myself, plus it validates my ego if someone else does).

Most of you are probably already aware of this but Christie at Observations of a Nerd took home that scholarship for quality bloggers (important for any starving grad student, 10 g’s gets you a lot of ramen noodles) and extended the olive branch to her biggest competitor by writing about the science of makeup.

There was this election on the 2nd, which changed the political landscape quite a bit (particularly in the House), and creates some interesting situations for those of us in the science world.   David writes an open letter to soon-to-be House Majority Leader John Boehner about the continued politicization of global climate change (which sets off the expected debate in the comments) and PZ Myers (via YouTube) gives us a look at the policies of the man angling to head the House Energy and Commerce Committee.  I could go on a rant about how this is the end result of our country’s sad (and getting sadder) record when it comes to prioritizing science education, but instead I’ll just ask you to contribute to Donor’s Choose in the hope that we can at least be part of the solution on a local level.

On the smaller end of the fish spectrum, Dan tells us how otolith microchemistry might be used to figure out where river herring go when they head out to sea.  This could potentially allow fisheries managers to determine the effect of offshore fisheries on these important forage fish.

When it comes to ruling an ecosystem through fear, sharks and wolves show interesting parallels.  Machiavelli probably should have been a biologist.

That’s all for now.  See you on the next post.