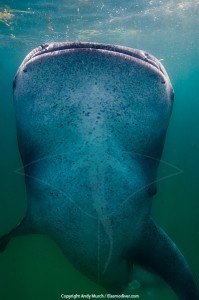 Gather ’round kids.  It’s time for another rundown of interesting, funny, and downright bizarre events happening in the world’s oceans.

Yet another blog has joined The Network.  Please welcome People, Policy, Planet and make sure to leave a comment or two about how you hope Lyndell will post regularly.

As you may know, a large chunk of Australia is currently underwater due to severe flooding.  Sam at Oceanographer’s Choice identifies a possible cause and gives us a few quick stats to see whether Australian scientists should have seen this coming.  Johnny Scallops also has a post up about this disaster, including rumors of bull sharks swimming in the streets.  Apparently these sharks are foraging for food left behind or washed out of people’s homes.  Nothing says “this is going to be a good day” like waking up and heading downstairs to find a bull shark going through your fridge.

Orcas are jerks, but apparently it’s possible for sharks to get a little posthumous revenge.  According to a study of orcas off of British Columbia, sleeper sharks are on the menu, but their sandpaper-like skin is wearing out the orcas’ teeth.  Funny, when that happens to sharks, they just replace them.  Suck on that, cetaceans!

New research suggests that some sharks may be colorblind.

Man charged with stabbing victim with a swordfish.  I really don’t think that headline needs any more description.

Christie at Observations of a Nerd begins a series of posts recapping ScienceOnline 2011.  I’ll have to try and make it to this next year.

That’s it for now.  See you on the flipside.