It’s been an eventful month and a half, and a time of transition.  I’m officially shifting my range north to Maryland, where I’ll be spending the next two years as a postdoctoral fellow at the Smithsonian Environmental Research Center helping with the coastal shark portion of their Movement of Life Initiative.  I’ll be trading in the warm, turbid waters of Pamlico and Back Sounds and the almost ridiculously dynamic waters off Cape Hatteras for the Chesapeake Bay and surrounding Atlantic coast.  This is a great opportunity to gather data on what sharks (and cownose rays for you batoid fans) are doing in the mid-to-upper Bay, which will give us a much better idea of how elasmobranchs select and use habitat in the upper parts of estuaries and where they go when they’re not spooking watermen.

However, I’m not saying “goodbye” to North Carolina’s sharks as much as “see you later.”  I’m already planning to return to Pamlico Sound to follow up on this past summer’s juvenile bull shark tagging efforts.  And as long as sharks I tag insist on returning to North Carolina waters, my shark science will always be #NCsharkscience.  I have only been one fish in the growing pond of North Carolina-based shark research.  There are plenty of great people doing really cool research on sharks in the Old North State.

I’m really looking forward to the new experiences and challenges ahead.  So far the view looks pretty good. 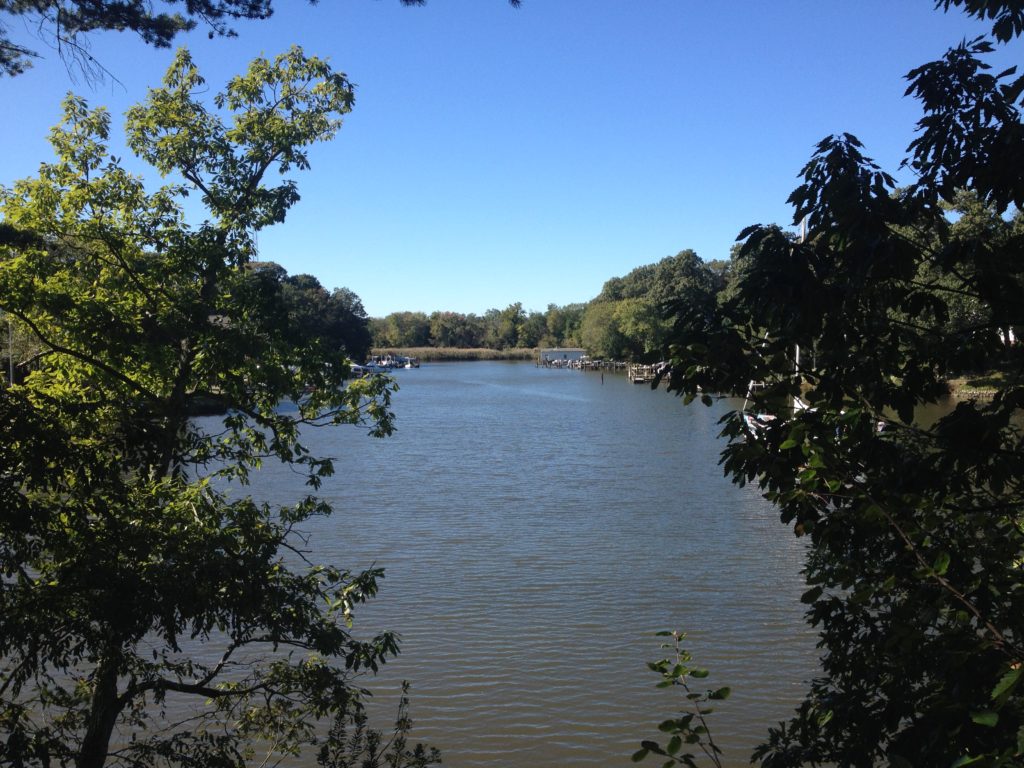 Any sharks in there?  I’m hoping to find out.