Most of the east coast is now digging its way out from under whatever Hurricane Irene dumped on them, and can say with some certainty that Irene was nothing like Earl.  Eastern North Carolina got whacked early on, where new inlets smashed open by the storm are now cutting Hatteras and Ocracoke Islands off from the mainland.  From there the hurricane headed north, hitting New Jersey, flooding New York City (but not causing as much damage as was feared), and tearing through New England (including my home state).  Some parts of the country are not out of the woods yet; most of the east coast still needs to worry about delayed flooding and the fun has only just begun for residents of Vermont where the heavy rains have caused major flooding in just about every town.  I spent a few years up in Rutland, Vermont back in the day and hope everyone there is staying as safe and dry as possible.

I rode out the storm at my parents’ house in Greenville, where despite being nearly two hours’ drive from areas of the state most affected by the hurricane still piled up some impressive damage.  Below the jump are some pictures from my hurricane experience. 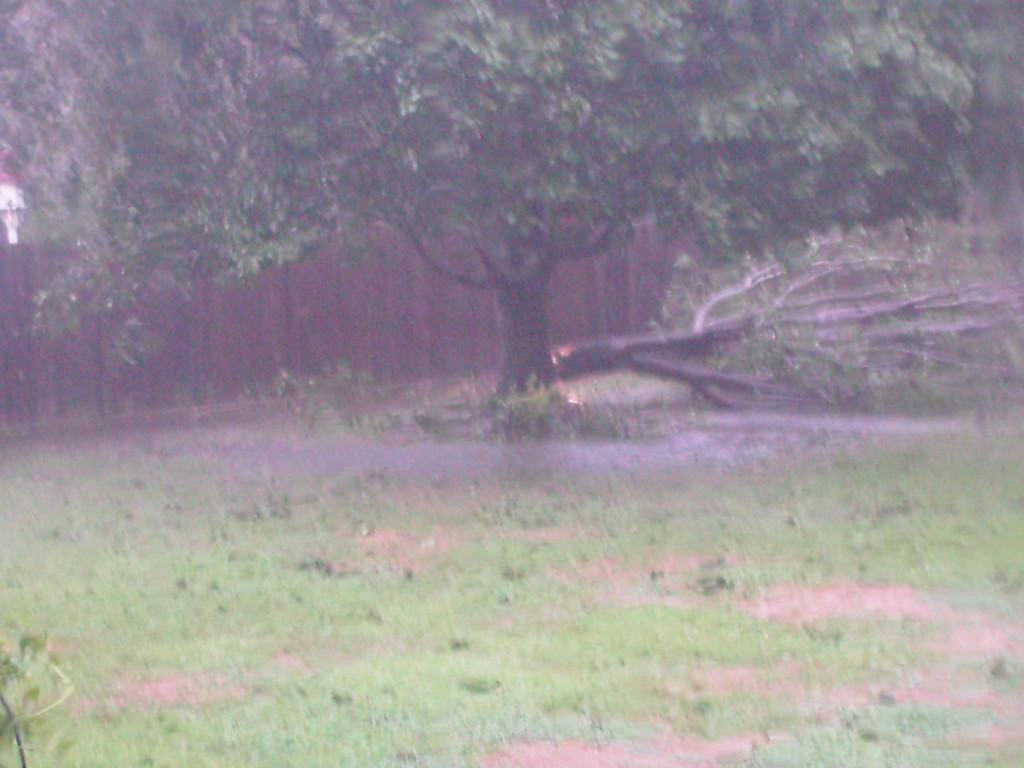 The backyard during the storm. Standing water and the first of many large chunks of that tree fo fall off. 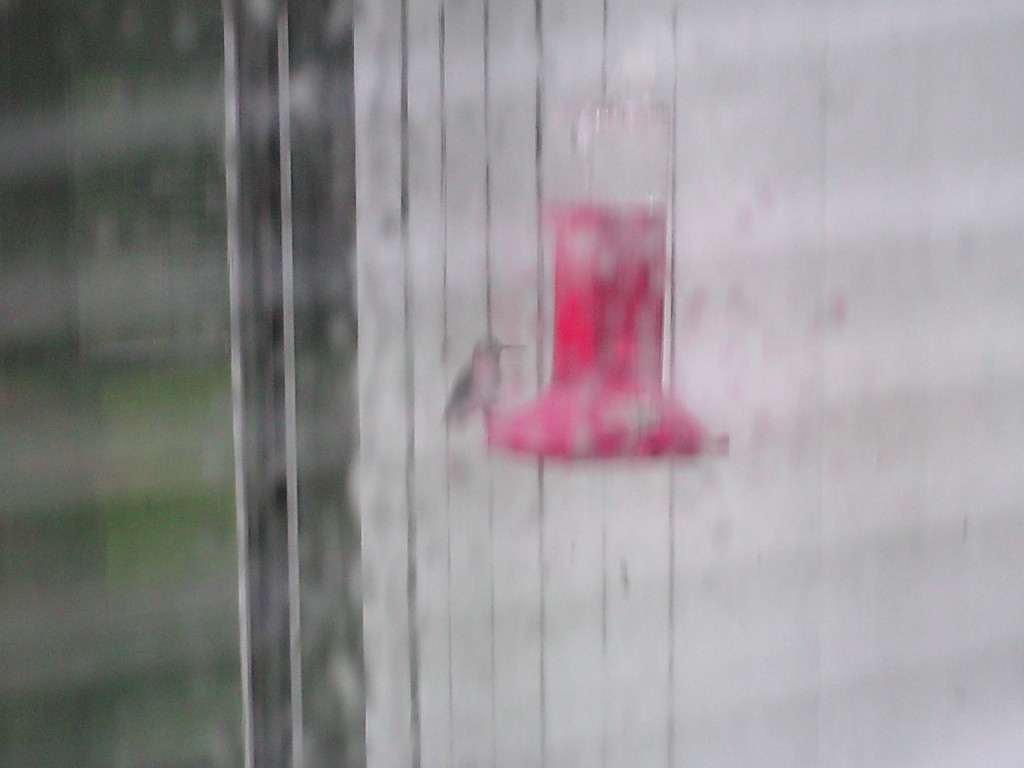 There were about three or four hummingbirds that apparently could have cared less about the storm and kept coming to this feeder over the course of the day. 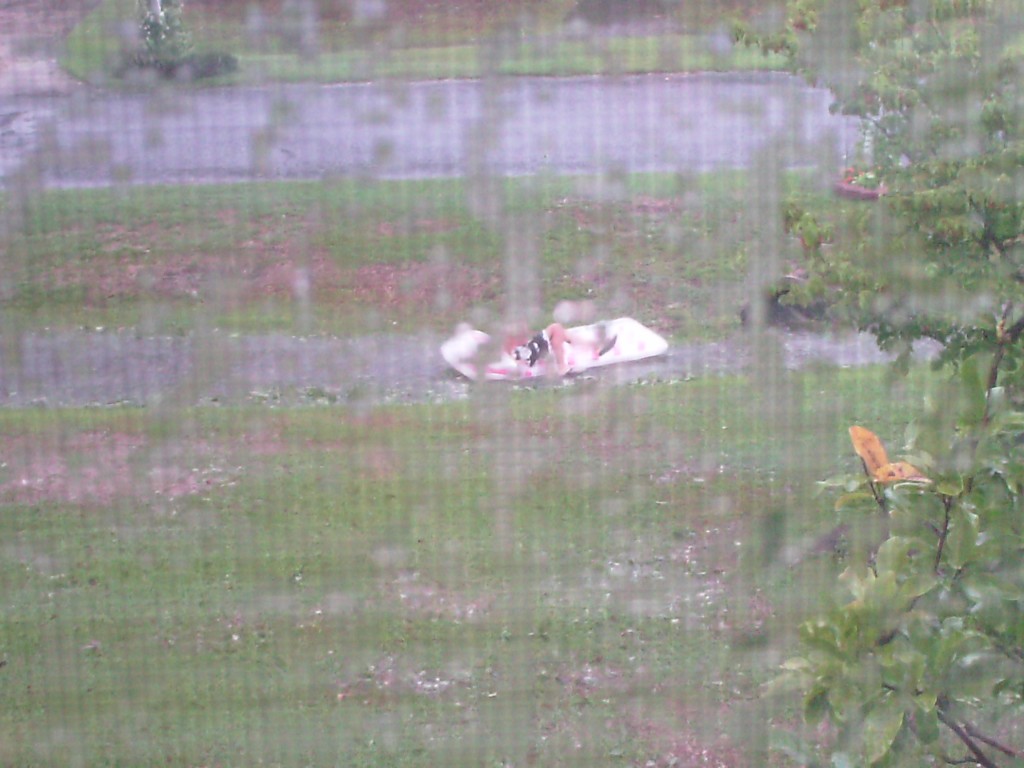 Some of the neighborhood kids making the best of the flooded ditches before the really bad part of the storm hits. 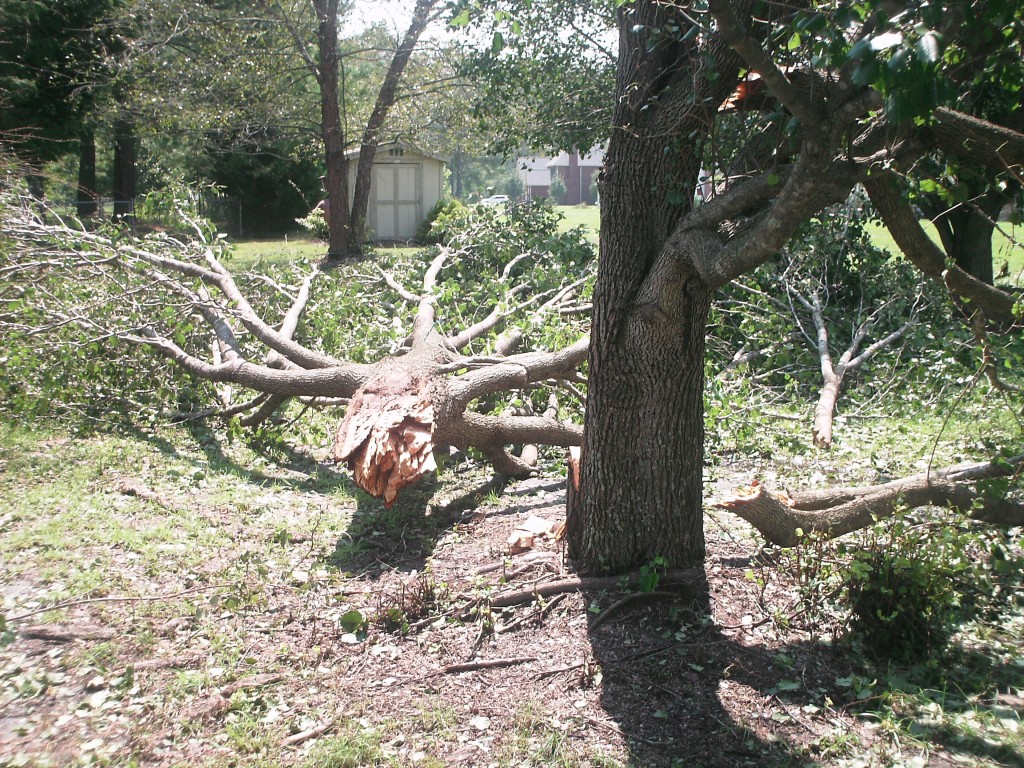 The next morning, this was the worst of the backyard damage. An entire half of this tree split off down the middle over the course of the storm. 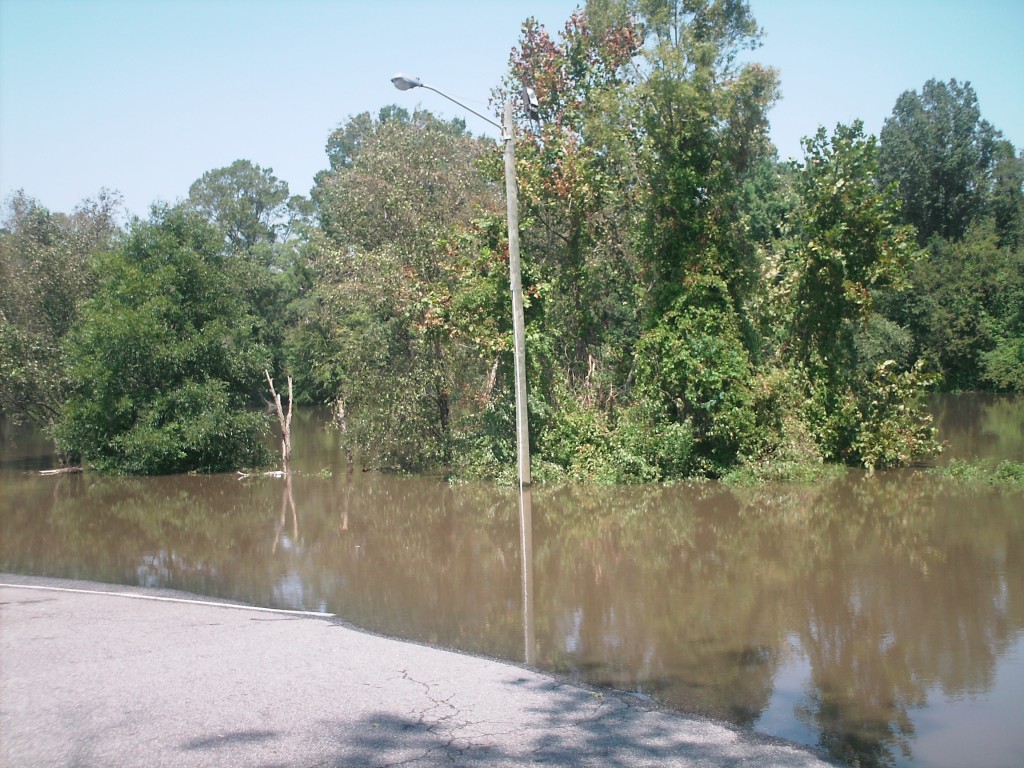 The Tar River, coming up into the Greenville Town Common. Thanks to the fact that runoff is still flowing in, we can expect the river to keep rising until Wednesday. 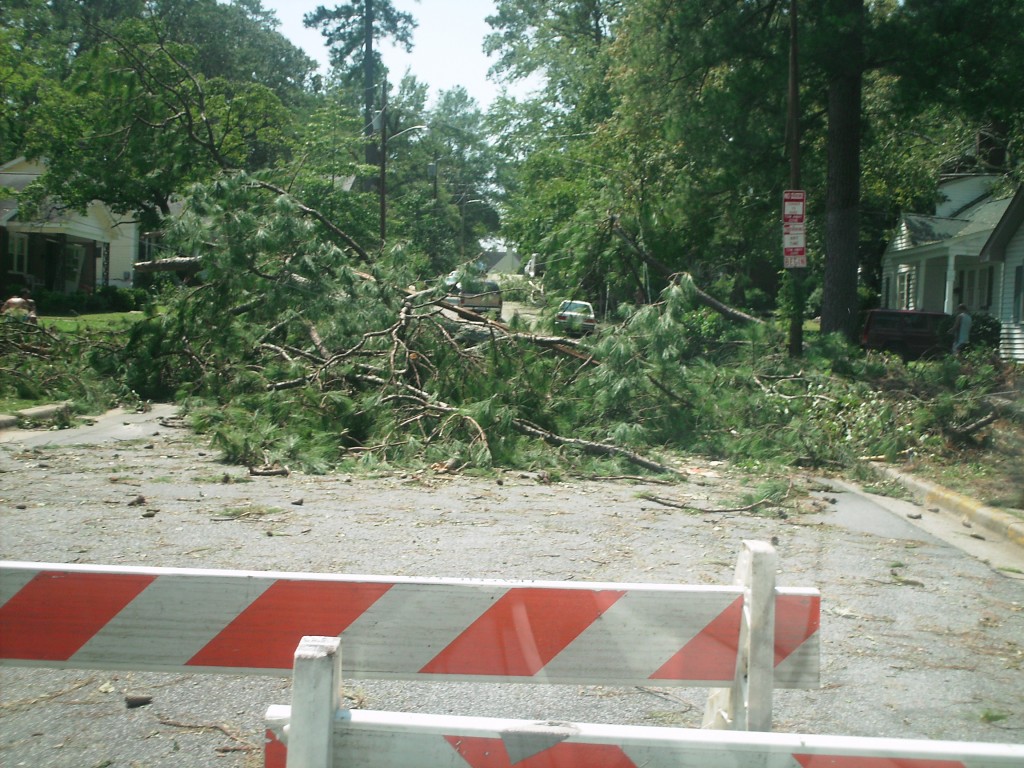 Downed trees in a neighborhood near ECU where I've been looking at apartments. 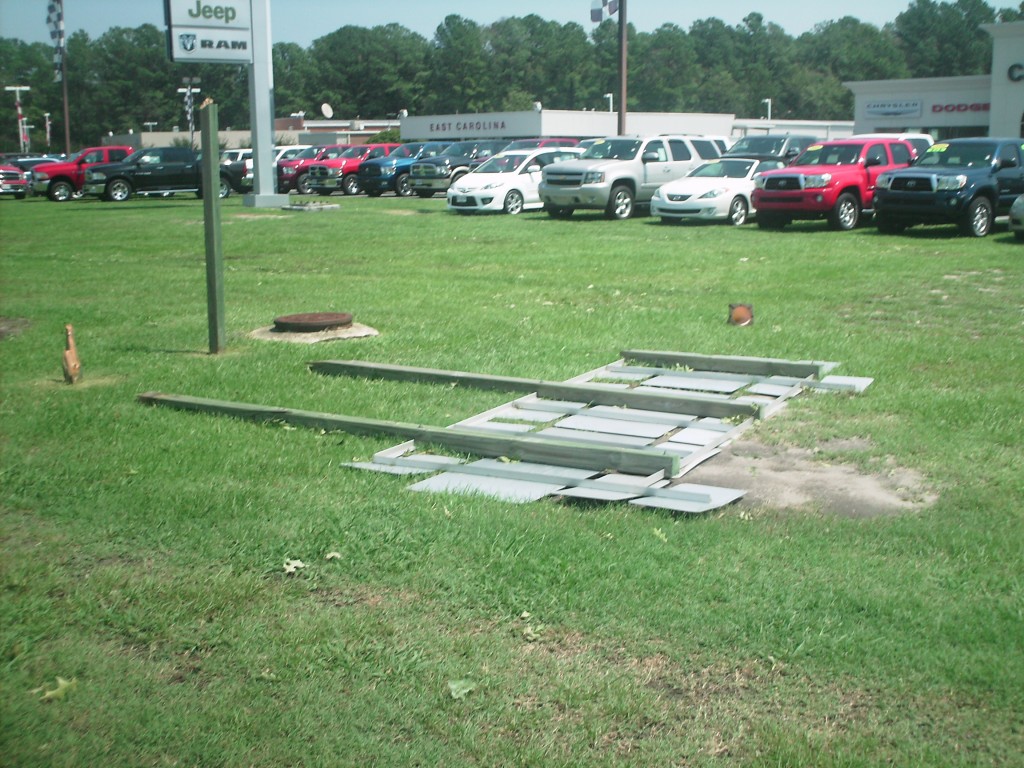 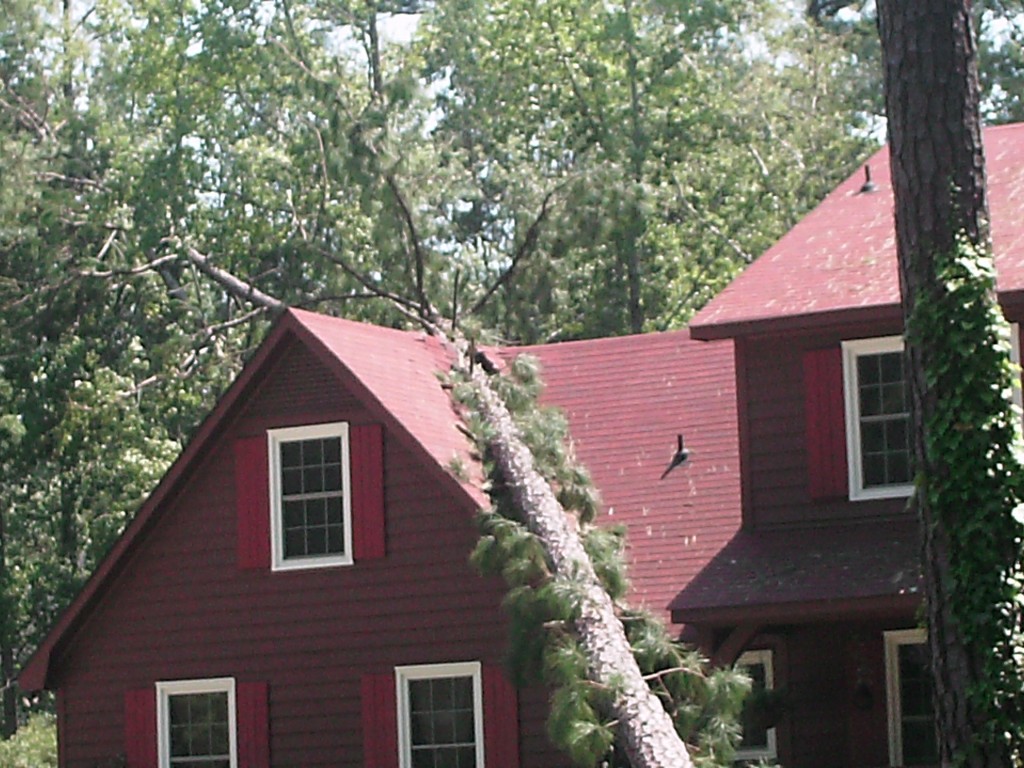 Unlucky house. Down the street another house had a tree going straight through it, but the family was out front cleaning and I felt that it would be in exceptionally bad taste to blatantly stop and take a picture.

Obviously I got away relatively unscathed, and my sympathies go out to everyone out there dealing with significant damage to their property or (hopefully not) serious injury.  Feel free to share your hurricane stories in the comments.