On Friday I officially wrapped up going through all my stomach samples from my cruise aboard the NOAA/NMFS R/V Henry B. Bigelow.  Though a lot of identification work remains, it’s nice knowing that I at least have one complete data set totally cataloged.  In honor of this milestone, I set up a little shark puke photo shoot for some of the more exotic and otherwise interesting prey items recovered from spiny dogfish trawled up aboard the Bigelow.

Bony fish made up the vast majority of what came tumbling out of my puke bags.  Here are some of the oddballs and badass prey species. 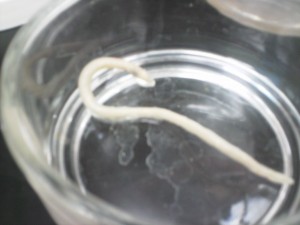 Snake eel. These are the little guys that pop out of burrows and look like seagrass. 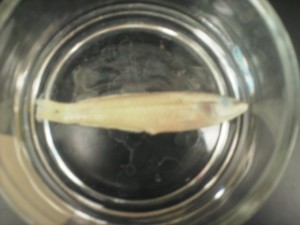 Some sort of wrasse. I'm thinking either a slippery dick (heh heh) or juvenile rainbow wrasse (though it might be too big to be a juvenile). 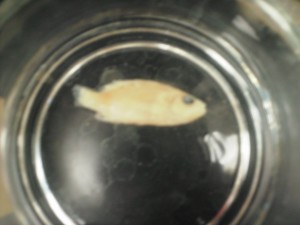 Juvenile black sea bass. Larger juveniles can actually be a bit of a pest while fishing around parts of NC, but the adults are delicious. 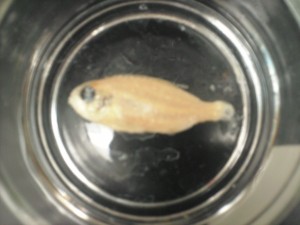 Small snapper-like fish that I've tentatively identified as a wenchman, which is almost as awesome a name as slippery dick.

Of course not all the fish are bony.  This next image breaks my usual rule of not using pictures of prey items that are significantly digested, but it has enough identifying features to tell what it is and is really interesting to find in a dogfish stomach. 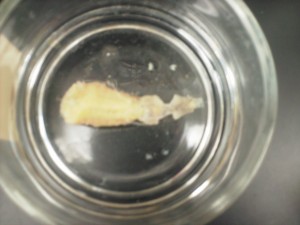 The distinctively-shaped, cartilaginous skull (on the right side of the remains) gives this away as what's left of a small skate.

Of course not everything in the spiny dogfish diet has an internal skeleton.  Also, studying gut contents can be good for smack talk.  On that note, in your face Bok and Lisieski! 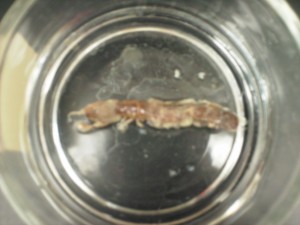 My brother once said that mantis shrimp are one of the most terrifying things in the ocean. To the spiny dogfish, they are simply tasty. 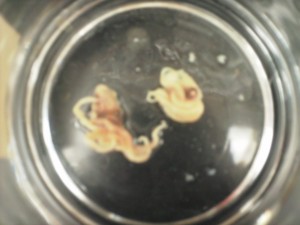 I don't know what's more badass: that one of my dogfish apparently had a taste for octopus, or that these ones were preserved in action poses.

Yet another milestone in the ol’ thesis.  Now I just have about a hundred more samples from the Cape Hatteras and I’ll be done being wrist-deep in shark puke.  Oh, who am I kidding, shark puke will probably be in my destiny for a long time.  And I wouldn’t have it any other way…