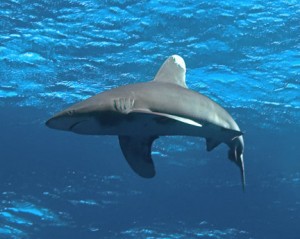 In my blogging absence, a lot of interesting stuff has happened and been written about.  And let’s face it, at this point I’ve pretty much accepted link posts as part of my usual output.

Two more blogs for the SFS network!  Check out The Birds, the Bees, and Feeding the World (sort of a mini news network of bloggers interested in issues applicable to agriculture) and Neuromancy (braaaaaiiiinnnsss… and some great posts on the nature of science itself).

Thanks to the fact that modern-day pirates are very active and legitimately dangerous in some parts of the world, a guest blogger at Deep Sea News has had his faith in swashbuckling shaken.  Also, DSN announces the launch of Deep Sea News Weekly.

It’s easy to forget sometimes that people may depend on the animals and ecosystems we’re working to conserve.  David at Southern Fried Science has a great post on how not getting fishermen involved in the process can needlessly complicate implementing a proven conservation measure.

Johnny Scallops is feeling a little apocalyptic lately, with posts on animals raining from the skies and natural disasters feeding off of each other.

Is overfishing over?  Former NOAA researcher Steve Murawski seems to think so.  This may become a full post in the near future, but for now check it out.

Mark Powell at Blogfish wonders why conservation success stories seem to get so little press.

Definitely not safe for work, but when you get a chance, check out the incoherent ramblings of Drunken Science.

That’s all for now folks.