I’ve had quite the busy week this week, and because some of it was actually work, I’m feeling the need for nice, light, humorous post today.  I had a flash of inspiration today while teaching (it was dichotomous key day, so Latin terms were flying all over the place) and realized that there are a lot of really badass-sounding scientific names out there.  Of course because I’m a shark nerd, most of what I’ll include on this list will be from some of the more carnivorous denizens of the deep.  That should not, however, stop any readers from adding their own suggestions in the Comments.

Without further ado, here, in no particular order, are some scientific names I think are just plain badass. 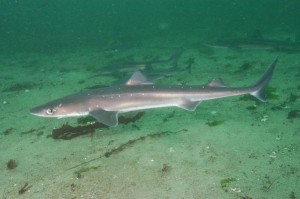 I’ll start with the critter on the header of this blog.  Longtime readers should already be well aware of why spiny dogfish themselves are badass, but the Latin name of these feisty little sharks is pretty sweet too.  The genus “Squalus” is literally “shark” in Latin, which means that in Latin, the spiny dogfish is the quintessential shark.  Plus, it just rolls off the tongue. 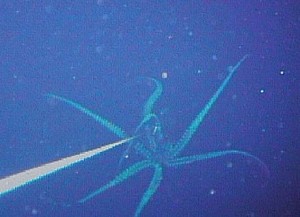 A general rule of thumb is that really badass animals seem to rate really badass Latin names.  This rule pans out well for the giant squid, because it’s clearly one of the most badass animals on earth.  Don’t believe me?  Check out what Dr. M at Deep Sea News has to say about it.

I haven’t been able to figure out why, but for whatever reason I always associate hard “ar” sounds with badassery.  The giant squid has a nice one right at the beginning of it’s genus.  I can’t seem to get Google Translate to give me a good translation of what exactly “Architeuthis dux” means, possibly because Google Translate is too intimidated. 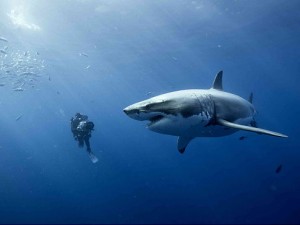 There’s that hard “ar” sound again, from one of the most undeniably badass animals ever to stalk the planet.  It’s scientific name literally means (at least to my terrible Latin) “shark-toothed shark.”  There’s not much else to say about it that hasn’t already been said, so let’s move on to some more unusual critters with awesome-sounding names. 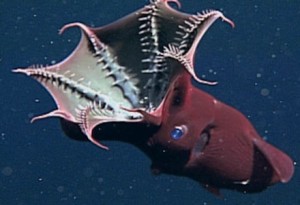 The vampire squid is a sweet animal in it’s own right, and not just because vampires are hot right now.  This thing is about as close as any animal has gotten to looking like something out of a Lovecraft story.  And it’s scientific name means “vampire squid from hell.”  The vampire squid, if nothing else, has the most metal name of any living organism.

How on earth did the Atlantic menhaden rate a scientific name with “tyrannus” in it?  These oily baitfish are most well-known for being eaten by pretty much everything, so the case could be made that these fish pretty much own the marine food web.  That said, being a staple of the diet does not exactly make one a tyrant.  Seriously, if I’d read this name without knowing what it is, I would assume that Brevoortia tyrannus must be some kind of barracuda or grouper or something.  Striper bait would have been my last guess.  Maybe there is room for irony in science.

That’s my far-from-complete list of cool scientific names.  Feel free to add any other awesome Latin names you’d like people to be aware of in the Comments.