In 2012, the Atlantic spiny dogfish fishery became one of the first shark fisheries to be certified as sustainable by the Marine Stewardship Council (the first was another dogfish fishery, this one targeting North Pacific spiny dogfish in British Columbia waters).  The MSC is the most well-known eco-certification group for fisheries, so this was a big deal.  Certification also came as something of a surprise; despite their infamous abundance, the slow growth and reproductive rates of spiny dogfish would suggest that this isn’t a species that can be fished both heavily and sustainably.  The uncertainty over certifying the Atlantic dogfish fishery may have been warranted, as the independent group assessing the progress of the fishery has decided to suspend its sustainability certification.

The issue with the Atlantic spiny dogfish fishery is not with the dogfish stock itself, which has been officially declared recovered from overfishing by the National Marine Fisheries Service since 2010.  Instead, according to the report from SAI Global (the group conducting the 2-year assessment), bycatch issues are causing problems for the sustainable status of the dogfish fishery.  Spiny dogfish are caught in the Atlantic using a variety methods including longline, sink gillnet, and bottom trawl gear, and are kept both in multispecies and targeted dogfish trips.  Because those methods can also capture a large number of non-targeted species, the dogfish fishery has failed to fulfill the MSC’s principle of minimal environmental impact.  So while the best available evidence suggests the dogfish stock is doing okay (though quotas need to be kept low to keep it that way), the assessment hammered the fishery on its inability to reduce bycatch, specifically bycatch of Atlantic cod.

Atlantic cod are the poster species for overfishing.  Since the crash of cod stocks in the 1990s, efforts to balance the need to rebuild their populations with their economic importance have lead to some of the fiercest fights in fisheries management.  After the most recent federal stock assessment showed a frighteningly low number of spawning-age cod in New England waters, the fishery was closed and quotas may be slashed by as much as 75% in the next season.  To the frustration of commercial fishermen, cod tend to co-occur with other species with much healthier stocks, including haddock and spiny dogfish, making it difficult to catch those species while avoiding cod bycatch.  Though participants in the dogfish fishery have been using mesh size regulations for net gear and area closures to reduce their chances of catching cod, the assessment group did not find these efforts to be adequate. 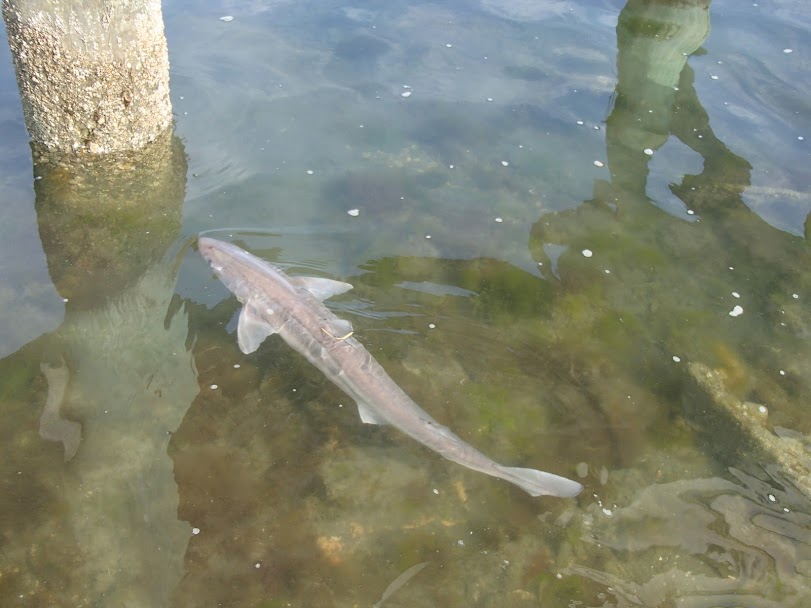 Not such a sustainable fishery, but it’s not the fault of the dogfish themselves.

This news is yet another hit to spiny dogfish fisheries, with the British Columbia fishery voluntarily withdrawing its certification due to inactivity and the Atlantic fishery struggling with low market prices and demand.  However, this is a suspension and not a full withdrawal, so the Atlantic dogfish fishery may be able to get its sustainability certification back if it can develop and effectively implement a plan to deal with its bycatch issues.  This may be just one of many rippling effects across U.S. Atlantic fisheries resulting from the state of Atlantic cod, and is proof that no fishery exists in a vacuum.