Late last summer, I embarked with an intrepid crew of Duke grad students to track bull sharks in the Neuse River.  We came up empty-handed that time, but a year later I found myself going back for another crack at catching, tagging, and following the world’s most dangerous shark an hour and a half from my own backyard.  Since most of the procedures and general background are already covered here and here, I’ll just tell this story in photo essay format. 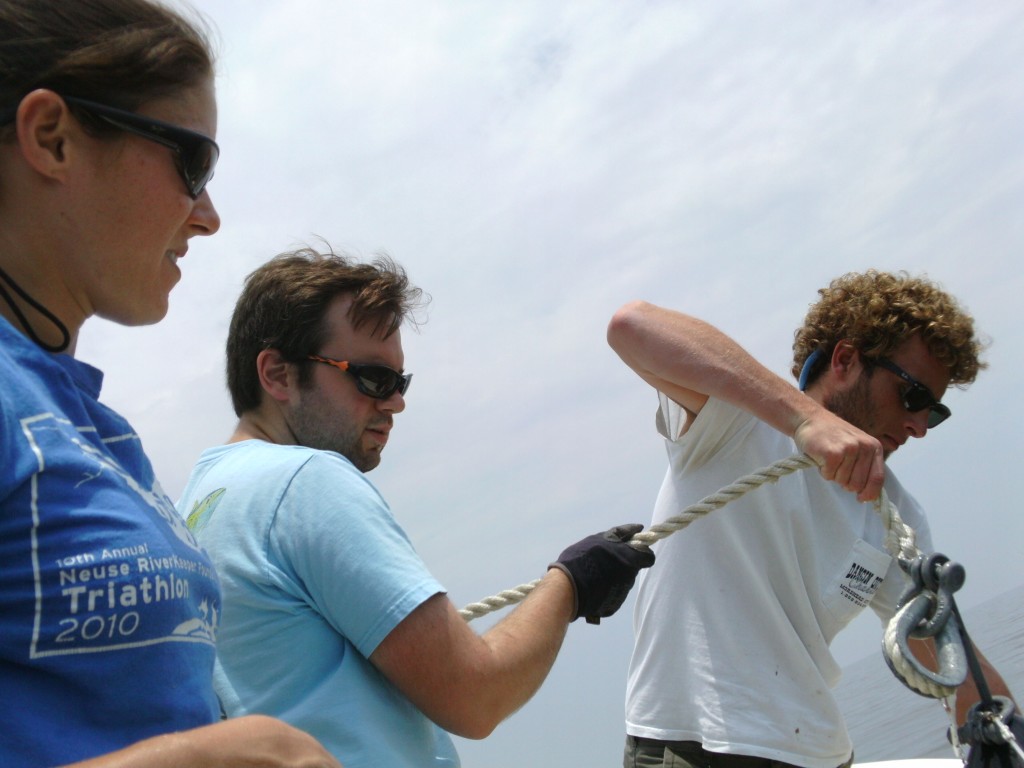 Bunch of badasses (and me). From left: Meagan, me, Chase. 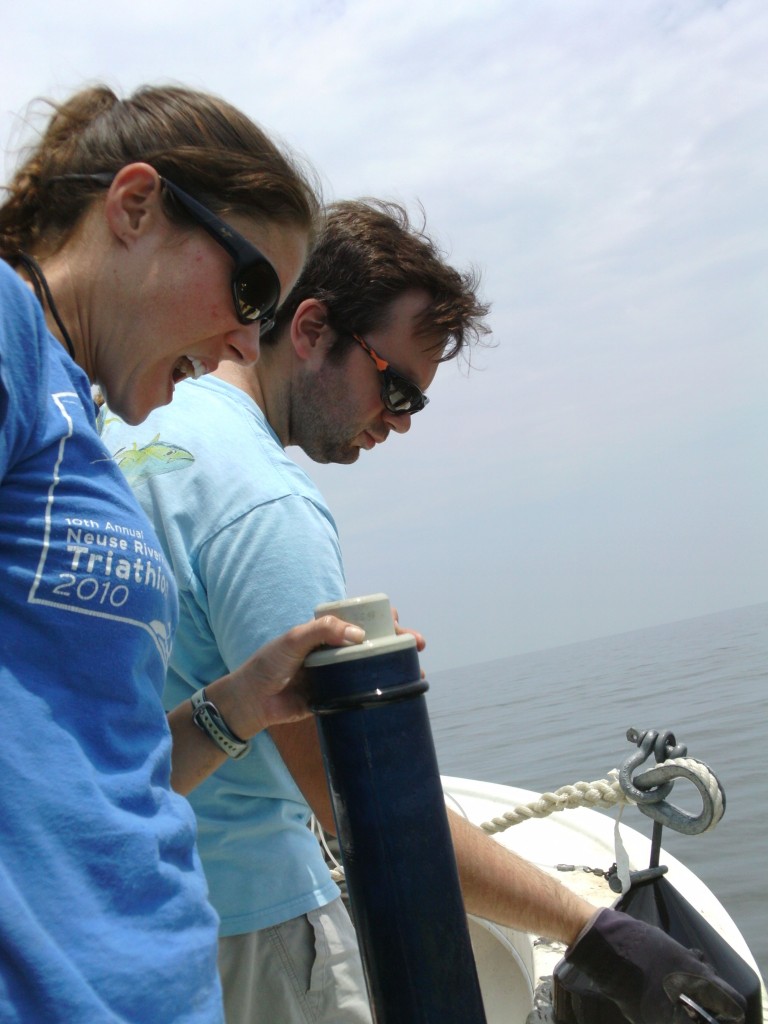 Along with the drumlines, we deployed TPODs, devices used to pick up dolphin noises. Meagan is either yelling at this one or about to eat it. 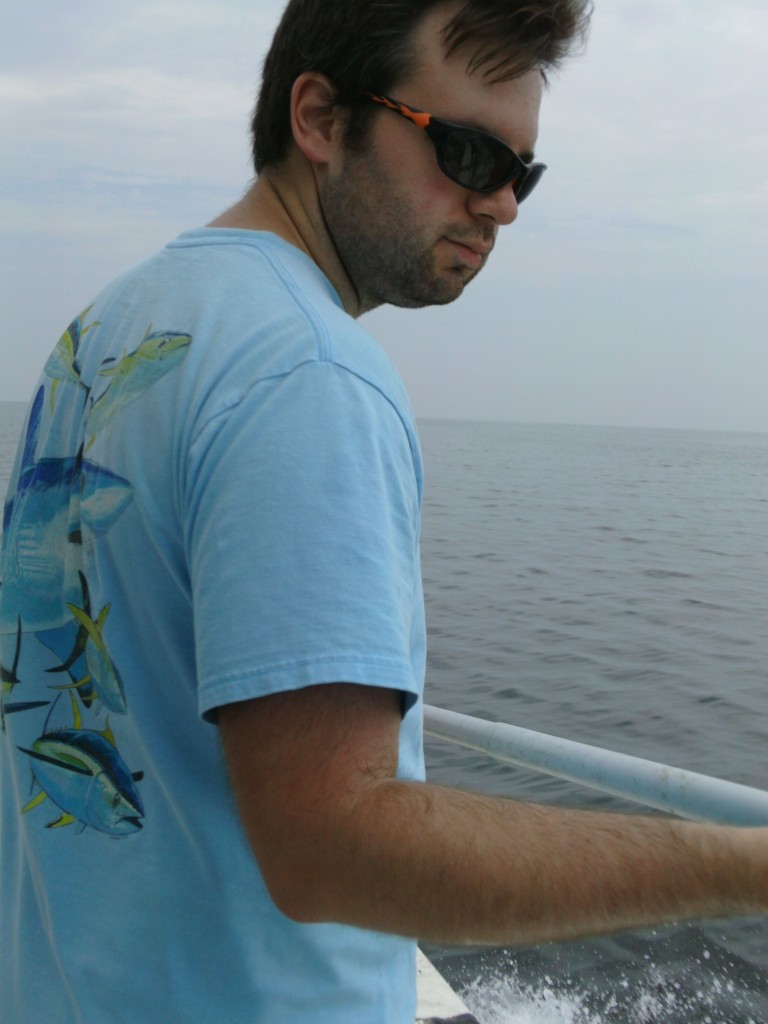 My look of grim determination is the result of multiple blown attempts at snagging the drumline buoy. 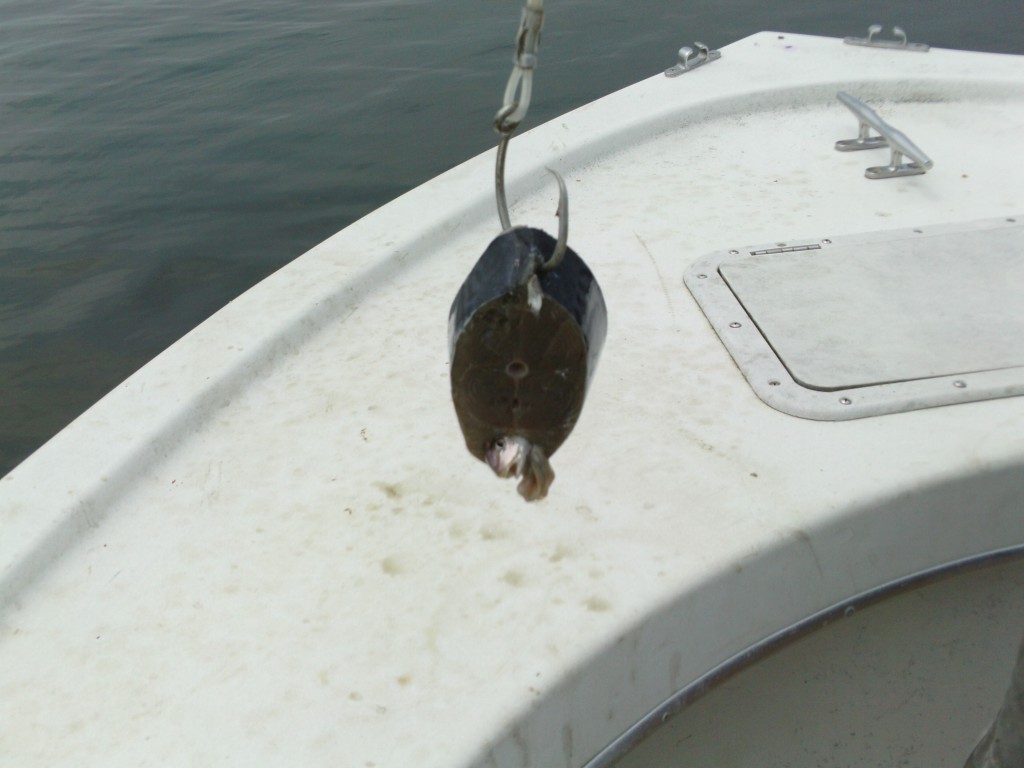 Chunks of bonito make a surprisingly good trap for croaker. 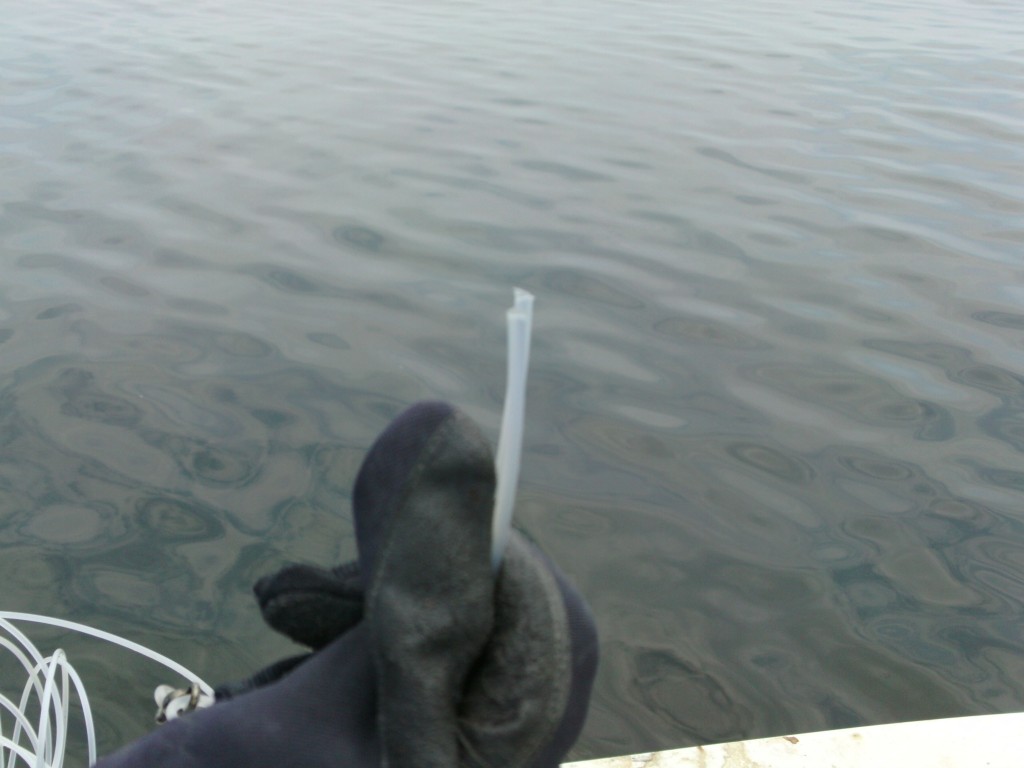 The one that got away. Something bit its way straight through 900 lb test line. There’s only one creature in the Neuse that can even do that. Its name begins with “bull” and ends with “shark.” 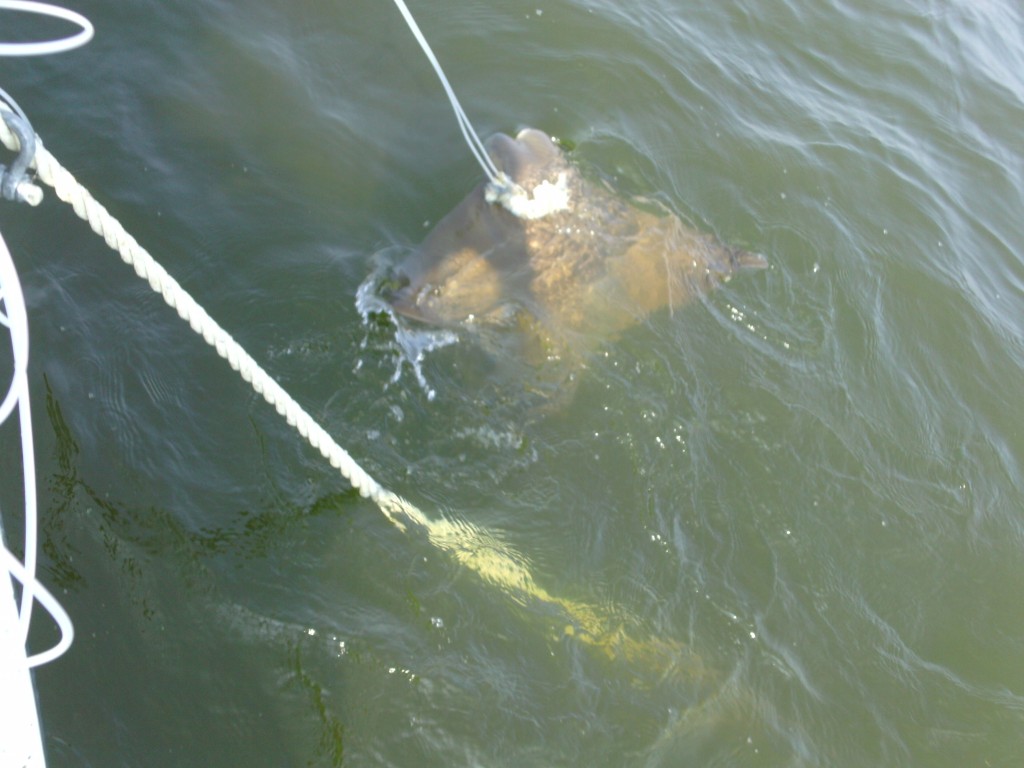 After watching them swim by all day, we finally snag a cownose ray on one of the drumlines. 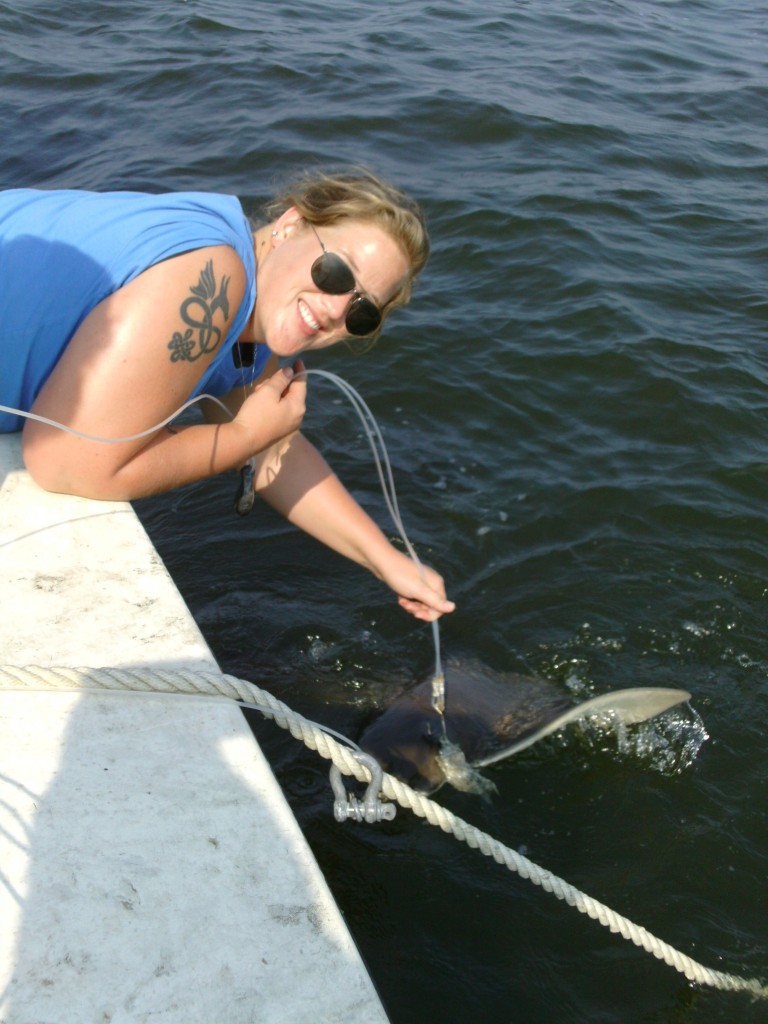 Dani took some time out from driving the boat and snapping candids to do a little ray wrangling. 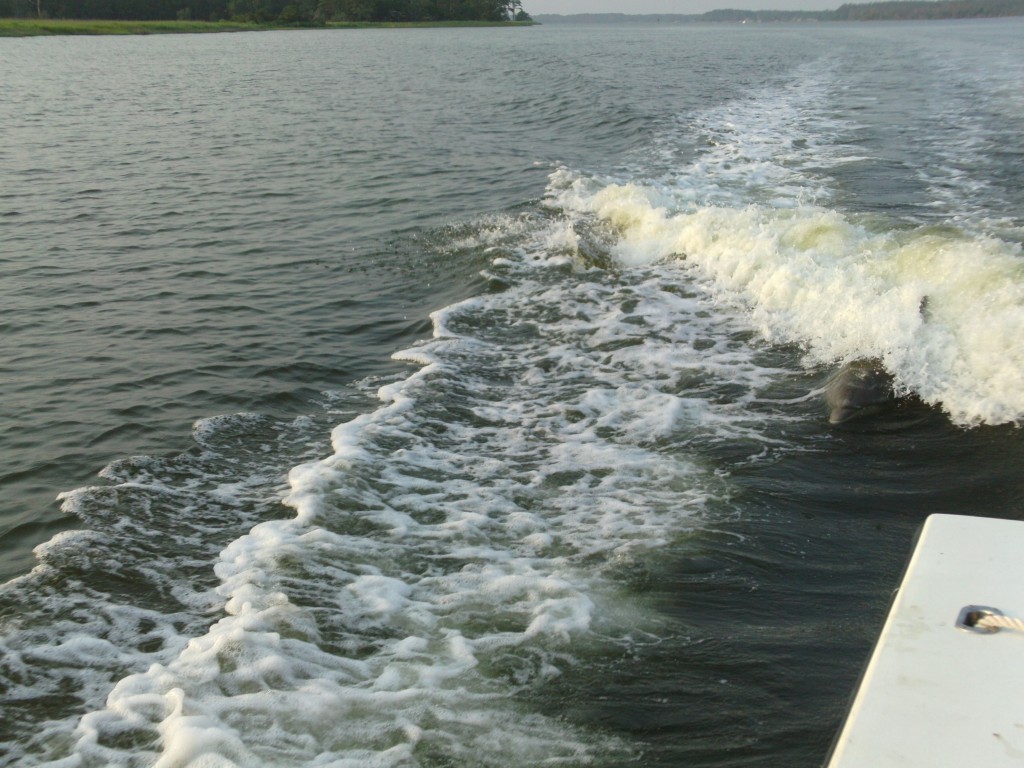 A bunch of dolphins rode our wake on the way back in. What are they planning?

We may not have actually caught a shark, but one definitely let us know it was there.  Between continued sampling by the Dukies and my own shark madness this summer, maybe this beast will make another appearance.  Next time, Carcharhinus leucas…